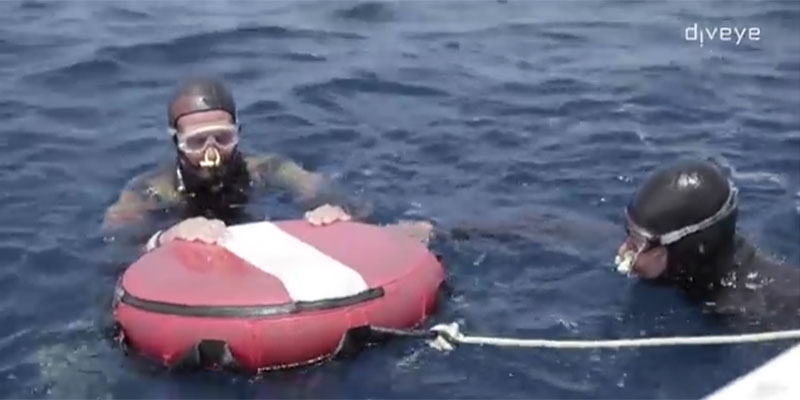 New Era Has Been Opened in Free Diving by CMAS

New era has been opened in Free Diving by CMAS in CMAS 2nd APNEA WORLD CHAMPIONSHIP OUTDOOR 2016 in Turkey. The competition has been started at 2 October 2016, in Kas Antalya Turkey with the participation of 15 countries.

The new system provide perfect security and possibility to see the performance of the athletes on-line.

The systems for the diving performances have been designed and produced by Turkish Underwater Sports Federation. The guide line of the system is an unstretchable cable which has got electricity and data lines inside. At the bottom, an online camera that is broadcasting the arrival of the athlete to the target depth, has been installed together with two light sources. In case of emergency, the system can be immediately pulled up by the electrical rope winding mechanism with an average speed of 1.5 m/s.

In this event, two diving units, in this type, have been installed and used. To follow the athlete during the whole performance, two remotely operated vehicles have been utilized and the online video streaming has been performed through the internet.