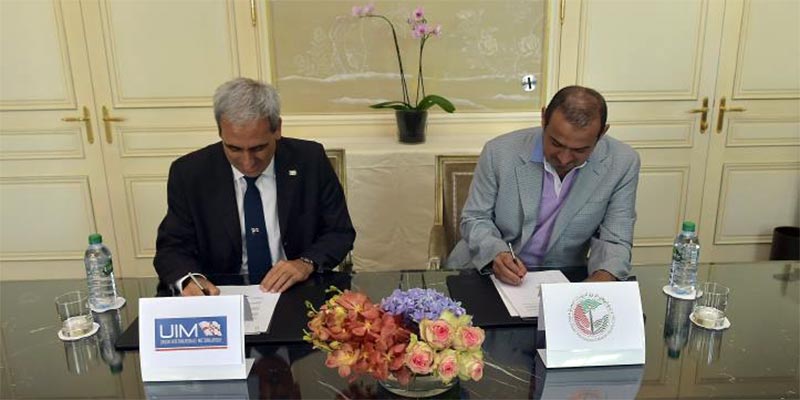 2016 UIM Class One World Championship gets back on track in Abu Dhabi, Nov 23-25

The UIM is pleased to inform that a constructive meeting took place between Raffaele Chiulli, UIM President and H.H Sheikh Sultan Bin Khalifa Al Nahyan, Advisor to the UAE Head of State and Chairman Of Abu Dhabi International Marine Sports Club, at the end of which the contract for staging the 2016 UIM Class 1 World Championship in Abu Dhabi on 23rd-25th November was signed. After the withdrawal of the historic Class1 Promoter, H2O Racing, at the beginning of the year, this agreement represents another important step forward in the untiring efforts of the UIM to perpetuate the series that made the success of Powerboating Sports. “We are delighted that Abu Dhabi, has become a key venue of our Sports,” said UIM President Raffaele Chiulli. “The UAE has demonstrated its support for the UIM through its long-term commitment as an extremely active National Authority and outstanding host of number of Powerboating Championships. This agreement further strengthens our ties and lays the foundation for an even closer cooperation in the future.” H.H. Sheikh Sultan Bin Khalifa Al Nahyan underlined his pride and satisfaction for once again showcasing the best of the Powerboat Sport in Abu Dhabi: “The UIM has my full support in its endeavour to take the Powerboating Sport to ever higher levels and I am very pleased for Abu Dhabi to play a leading role in the development of the Sport.”