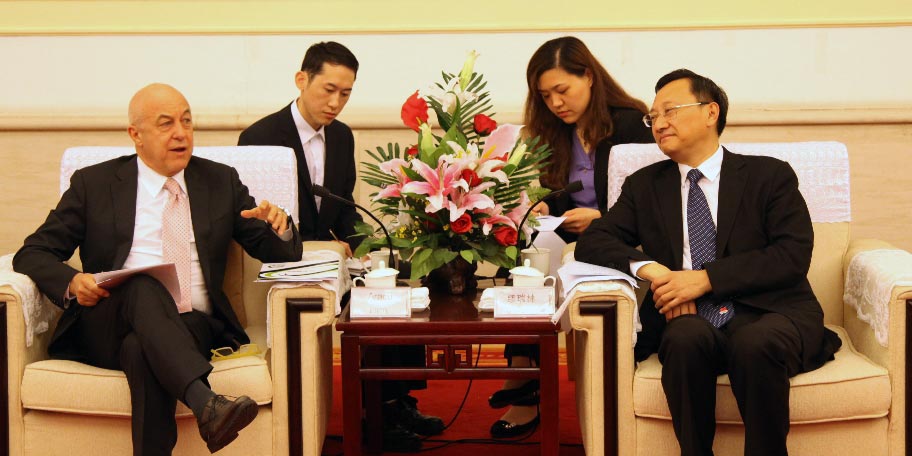 When legacy is not just a word!

52K kids started roller skating in Nanjing in less than one year since the first embryionic idea of Nanjing World Capital of Roller Sports! And the skaters are supposed to be up to 200K in the next 4 years.

After months of intense work both sides, FIRS and the City of Nanjing officially signed the contract for the Firs Edition of the World Roller Games in 2017 and for the first ever FIRS Roller Olympic Museum.

Here we are today, where a 8mil citizens City and an International Federation are working closely together to design a plan that can really create a long lasting legacy, something very tangible because focuses on the very roots of the city: the youth.

During the last 12 months, FIRS, the Bureaux of Sport, the Mayor Mr Miao Ruilin and all the staff, they have been working hard, meeting few times in Rome and in Nanjing to pragmatically transform an idea into reality: to transform Nanjing on the World Capital of Roller Sports!

This is a 5-year project that and it will shape the city through World Championships, events, happenings, training courses, roller schools, a yearly non-competitive roller marathon open to everybody, a museum: All of them focused on the Roller Sports.

And the signature of the contract, added one more important milestone on this collaboration that enters now in the operational phase for the Speed World Championship in 2016, the Roller Olympic Museum and the World Roller Games in 2017.

During the 5 days in Nanjing, FIRS and the City delegations worked hard to make priorities on all the Roller events during the next years and what needs to be done in order to create solid basis on the creation of Nanjing as capital of Roller Sports. The Bureau of Sport has clear ideas about the development of the sport within the youth, they have already transformed abandoned areas in skate tracks: 4 tracks have been already built in Nanjing and one is a 200mt bancked track, perfect for top level international competitions. They have also involved 16 primary schools and more than 50K kids, but their targets are even more impressive: in the next 4 years they want involve 60 schools and more than 200K kids!

The FIRS delegation had the chance to visit both the new clubs and the new venues that are already part of the Nanjing landscape and culture. But, most of all, they could give the Roller Games venues a once over: the dream to gather all the Roller Sports World Championships take the shape of the City that, after hosting the YOG, is now, more and more, a City for the Youth!