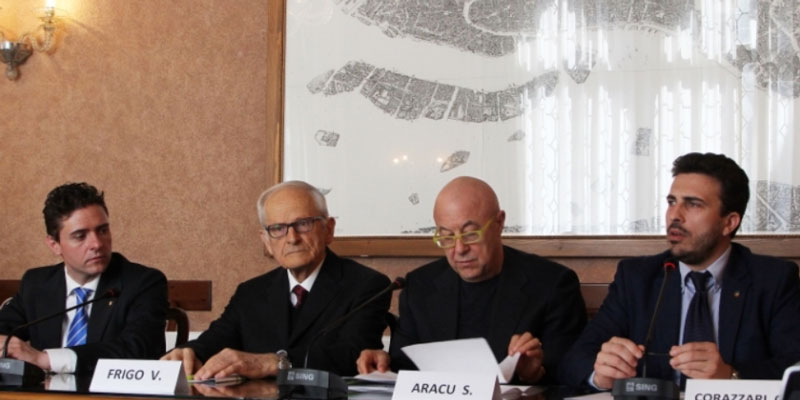 Today the Logo and the World Championships, that will be hosted in Asiago and Roana on June since 12th to 25th, have been presented during the press conference that took place in Palazzo Balbi, Venice, Headquarters of the Region Veneto.

The numbers of the National Teams attending are over the record established in 2014 in Toulouse: 73 teams representing 31 Nations already confirmed their presence.

Mr Cristiano Corazzari, the Sport Council of the Region Veneto, welcomed authorities and journalists on behalf of the Region President, Luca Zaia: "We are very proud to host a such important event for a sport that can count on so many athletes and supporters in Veneto!" said Mr Corazzari, before unveiling the Logo of the event.

In the words of Mr Sabatino Aracu, FIRS President: "More than 1500 athletes will attend these World Championships and I am fully convinced that Italy and the Region Veneto will guarantee a high level organization. I would also like to thank Mr Gilbert Portier, Chairman of the International Inline Hockey Committee, for his committment and all the efforts he put in the development of the inline hockey movement: only 12 Nations attended the first Inline Hockey World Championships and now these numbers seem to be very far way!"

During the press conference also the website related to the event has been presented: all the logistical information could be find on www.ihwc2016.com

The podcast of the Press Conference is available on FIRS WebTv